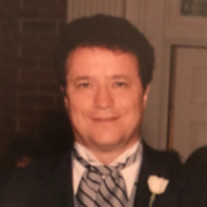 Dr. William “Luke” Johnson, Jr., DDS, PA, age 79, died peacefully in his home surrounded by family on April 18, 2021, after a valiant fight with cancer. Born in Sullivan County, TN, on September 24, 1941, to the late William Luke Johnson, Sr., and Margaret Akard Johnson, Luke spent most of his childhood playing baseball with his late uncle, James Craft Akard, whom he loved like a father. He received his BS from East Tennessee State University, where he was involved in ROTC and served as President of his fraternity, Lambda Chi Alpha. There he met the love of his life, Glenda Faye Prillaman. They married on November 30, 1963. Without a doubt, his favorite thing in all the world was to see her smile and hold her hand. In fact, his constant affection for Glenda was a source of embarrassment to his children. He proudly served as a First Lieutenant in the Medical Service Corps in the Army and was stationed at Fort Knox. Later, he served in the Army reserves while attending dental school at The University of Tennessee. (GO VOLS!) Upon graduation in 1969, he and Glenda made Greensboro, NC their home. He spent the first year after graduation as a staff dentist for the Guilford County Health Department. In 1970, he opened the doors of his own dental practice on the corner of Tate and Walker, near UNC-G. Later, he moved into the Friendly Holden Building where he remained until retirement in January of 2021. He was one of the first dentists in North Carolina to perform surgical dental implants, just one of the many ways he enjoyed making others smile. Motivated by an unwavering faith in Jesus Christ as his Lord and Savior, he enjoyed serving his community. He established an annual “Free Day” where he served the underprivileged, partnered with local homeless and battered women’s shelters such as Freedom House, Delancey Street, and Room at the Inn, and saw as many patients as he could free of charge. He went on medical mission trips to Costa Rica as well as started the “Dr. Luke” Dental Clinic that supports an orphanage in Romania in 2003 which cares for widows and orphans to this day. For 16 years, he served as Teaching Leader for Bible Study Fellowship and 5 years as Teaching Leader for Community Bible Study. He served as a Youth Group leader and Sunday School teacher at Westover Church, where he was a member for over 40 years. He served on the Board of Directors for the Fellowship of Christian Athletes, and was also a big supporter of the MS Society. His most precious mission field was his family. With a love that was fierce and tenacious, he was proud of his three children. Every single day of their childhoods, he told them he was proud of them. They would ask why and he would say simply, “Because you are mine.” He coached his children’s soccer teams as well as participated in YMCA Indian Princesses. He loved being outdoors with his family and bestowed a love for the water to each of his kids. Additionally, an account of his life would not be complete without mentioning his love of Tennessee Football and well-made cowboy boots. He is preceded in death by his parents and brother, Lionel Wayne Johnson. He is survived by his beloved wife, Glenda, and his sister, Ann Johnson Vaughan, of Bristol, TN, and his children: Sonya Johnson Pusey, and her husband, William Anderson Pusey, Jr., of Rockville, VA, William Luke Johnson, III, and his wife, Pamela Sarwi Johnson, of Greensboro, NC, and Elizabeth Johnson Phillips, of North Chesterfield, VA, and a treasured nephew, Donald Keith Philpotts and his wife, Joyce Cochran Philpotts, of Marietta, GA. He leaves behind a legacy of love that includes 16 grandchildren and one great-grandchild: William Anderson Pusey, III and Makenzie Pusey and their son William “Liam” James Pusey, of Midlothian, VA, Caleb Luke Pusey, of Richmond, VA, Rachel Turner Pusey, of Los Angeles, CA, Rebekah Grace Pusey, Joshua Paul Pusey, Jonathan Edward Pusey, Isabel Barnes Pusey, and Matthew Gunning Pusey, of Rockville, VA, William Luke Johnson, IV, Sarah Grace Johnson, Caroline Sarwi Johnson, and Natalie Marie Johnson, of Greensboro, NC, and Henry Marshall Phillips, Margaret Grace Phillips, Charles Chadrack Phillips, and Mollie Angeline Phillips, of North Chesterfield, VA, as well as countless other relatives whom he considered next of kin. His family was large, and he excelled at letting each of them know that God was for them and so was he. A celebration of his life will be held at 1pm on Friday, April 23rd, at Westover Church, 505 Muirs Chapel Road, Greensboro, NC. His eight grandsons will be serving as pallbearers. In lieu of flowers, the family requests donations in Luke’s honor to the MS Society (Team Erica- 3809 Brandt Lake Ct., Greensboro, NC 27410) and Triad FCA (8 Dundas Circle, Unit E, Greensboro, NC 27407).

The family of Dr. W. Luke Johnson created this Life Tributes page to make it easy to share your memories.