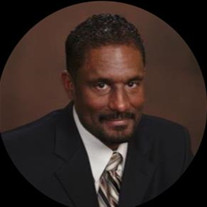 It is with great sadness that the Burns family announces the death of Virgil Antonio Youngblood Burns. Virgil passed away unexpectedly at age 55 on September 25, 2021, at his home in Greensboro, NC. Virgil was born on May 19, 1966, in Washington DC, the son of Martin Eugene and Jacqueline Lorraine (Scott) Burns. He spent most of his life between Cincinnati and Columbus, Ohio. Virgil graduated from Walnut Ridge High School, Class of 1985. Following graduation, he continued his education by obtaining a Bachelor of Science degree in Social Services and Child Development Technology certificate from Central State University. He continued his desire to help others especially youth by obtaining an Education teaching certificate in Math from the University of Cincinnati and doing volunteer youth work. While juggling classes and working parttime he met the love of his life, Khristanya (Khristy/Khris) Jones. They dated for six years and married October 2, 1993. They had one son, Jaylen Antonio Youngblood Burns. Virgil adored Jaylen. Most recently they moved to Greensboro, NC. Virgil loved his food and cooking. In 2019, he received a degree in Culinary Arts. Virgil was becoming well known amongst friends for his cooking in Greensboro. Virgil was energetic and lived life to the fullest. He had a sense of humor that lit up any room and had a gift to make people feel at ease. He rose to meet the challenges in his life, actively pursuing happiness. He played several sports, including soccer, and most recently pickleball where he developed many lasting friendships. He had a strong faith in God, having grown up in the AME Zion Church. Surviving in addition to his wife, son, and parents, are his sister, Natasha Antoinette Burns, niece Shefali Ferguson, Uncles Bernard Scott (Joyce), Ronald Scott, Richard Scott (Juanita), Robert Burns (Diana), God-sister Francis Washington Rembert, mother in-law Dorothy Jones, mother in-law Nancy Kops Jones, sisters in-law Raquel Atawo (Toby and nephew Dominic) and Renee Kops Jones (niece Isabella and nephew Jackson), and many cousins and long-lasting friends who were very important to him. Service of remembrance will be held 10:00 am Saturday October 2, 2021 at Mt. Vernon Avenue African Methodist Episcopal Church 1127 Mt. Vernon Ave Columbus,, OH 43203. Diehl-Whittaker Funeral Services, https://www.diehl-whittaker.com/obituaries/Virgil-Antonio-Youngblood-Burns?obId=22491040#/celebrationWall He will be remembered every day by his family and friends. The service will be live streamed and will be held outside while still obeying Covid-19 protocols

It is with great sadness that the Burns family announces the death of Virgil Antonio Youngblood Burns. Virgil passed away unexpectedly at age 55 on September 25, 2021, at his home in Greensboro, NC. Virgil was born on May 19, 1966, in Washington... View Obituary & Service Information

The family of Virgil Antonio Youngblood Burns created this Life Tributes page to make it easy to share your memories.

It is with great sadness that the Burns family announces the...

Send flowers to the Burns family.