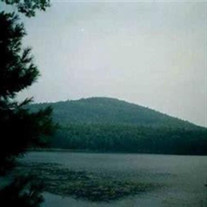 Sture Robert “Stu” Bengtson COLFAX - Sture “Stu” Robert Bengtson, 88, passed away unexpectedly in the early morning hours of New Year’s Eve 2021. He was well-loved at River Landing community in Colfax, NC. His daily walks to the mailbox and trips to the dining area were highlighted by multiple conversations with neighbors. He maintained an active social schedule, often gathering for meals or other events with friends from the community or Friendly Hills Presbyterian Church. Born on April 29, 1933, to Swedish immigrants Robert and Olga Bengtson, a machinist and a cleaner, he earned a Chemical Engineering degree from Massachusetts Institute of Technology, a college he applied to because it charged no application fee. Upon graduation he worked for Esso, later ExxonMobil, until his retirement in 1995. He primarily worked out of the Coral Gables, FL office, but served as an ex-patriate with Esso in Aruba, Colombia, Peru, and Argentina, and retired as President of the Caribbean and Central American affiliate of ExxonMobil. Stu met Miriam “Mimi” Kent, a nursing student at Simmons College, in the college group at Park Street Church in Boston. They wed in 1958, a relationship that continued until Mimi’s passing in 2017. Both were active in local churches wherever they lived, helping found the small Miami church they attended for decades. He served many years as a board member and sponsor of Greater Miami Youth for Christ, and later as a sponsor of Greater Greensboro Youth for Christ. He served for years as a board member for Latin American Missions for which he was awarded an honorary doctorate from Trinity International University. Stu actively developed his faith and loved sharing it with others. His faith was birthed at the feet of his earthly parents, and he passed it on to his three sons, who have pursued it and shared it with their own families. He was congenial and unassuming making friends wherever went. He was often described as “the most positive person I know.” At MIT he set the track record for the mile but didn’t realize it until decades later, thinking that because he hadn’t won the race it couldn’t have been a school record. He loved spending summers at Lake Nebo in upstate New York with multiple generations of his family. We grieve Stu’s loss but celebrate his life and example. We are confident he is reunited with Mimi and enjoying an intimate relationship with his heavenly father. Stu is survived by three sons: Scott, (Michelle) of Lyman South Carolina; David (Tracy) of Davidson, NC; and Doug (Elizabeth) of Greensboro, NC. In total, they provided Stu with six grandchildren and two great-granddaughters. A memorial service will be held Saturday January 15th at 3:00 p.m. at Friendly Hills Presbyterian Church, 1450 Guilford College Road, Jamestown NC 27282. In lieu of flowers a donation is suggested for the Greater Greensboro Youth for Christ, Post Office Box 516, Greensboro, NC 27402-0516. Forbis and Dick Guilford Chapel is serving the Bengtson family and online condolences may be offered at www.forbisanddick.com

The family of Sture "Stu" Robert Bengtson created this Life Tributes page to make it easy to share your memories.

Send flowers to the Bengtson family.