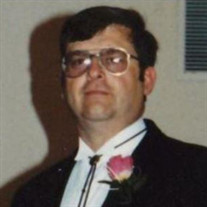 Steven Subotnik, Sr. passed away on Friday, April 23, 2021, at Cone Hospital in Greensboro, NC at the age of 69. Steve has joined his dad and many compatriots-Mike Hockett, Roy Hill, Harry Gauldin, Tom Brookbank, Floyd Allred, Ricky (Smiley) Goins, Robert Gaither, Vic Melville and Ken Wilson plus Luther Hicks. They are all there together now to take care of the Yard Sales and the C and D in heaven. Steve’s earthly life began on December 20, 1951, in Boston Township, Ohio with parents Joseph Subotnik and Rosemary Puchalski Subotnik. He graduated from Woodbridge High School in 1970. He decided that he might like to come to the “sunny South” so he moved to North Carolina in 1971. He secured a job as a heavy equipment mechanic at E. F. Craven Company in Greensboro, NC and for 18 years he traveled certain areas of North Carolina working on compactors in the various landfills. In August 1989 Steve began his 30-year career working for the City of Greensboro at the Greensboro Landfill. Steve started as a heavy equipment mechanic and operator; he knew everything you would ever want to know about any piece of heavy equipment and what made the machinery tick. Steve had the ability and knowledge to fix anything mechanical. Later in his career he became a supervisor at the Greensboro Transfer Station. With a helping hand and a huge giving heart, he reached out and touched many lives with his generosity. Along life’s way he never met a stranger and his tenacious work ethic and sense of humor endeared him to everyone he met. Steve was accomplished at many endeavors—one year for Christmas he made quilts for his grandchildren. Steve liked music and in his younger years, he had sung with a quartet. Steve is survived by his mother, Rosemary Subotnik of Doylestown, Ohio; brother Joe Subotnik and wife Carol of Barberton, Ohio and his sister Debbie Knight of Cusseta, Alabama. Steve is also survived by his wife of 25+ years Emily Tucker Subotnik, son Steve Jr. and wife Jennifer of Gordonsville, Virginia, son Rick and wife Dana of Akron, Ohio, son Rob and wife Sue of Stokesdale, NC and daughter Sarah Nash of Portsmouth, Virginia; plus stepdaughters SueAnn Safriet and husband Keith of Trinity, NC, and Jackie Locklear of Jacksonville, NC and stepson Eric Tucker of Stokesdale, NC. He is also survived by 17 grandchildren and several great grandchildren with 1 grandchild who predeceased him. A celebration of Steve’s life will be held Saturday, May 1, 2021, starting at 2:00 pm at the Full Throttle Biker Church at 1014 Nesbit Road, Pleasant Garden, NC 27313. A private family ceremony for internment will be done at a later date and time at Lakeview Memorial Park. In lieu of flowers, and Steve’s wishes, contributions can be made to any charity of your choice. If you knew Steve and would like to tell your story about him; come join us to celebrate his marvelous and glorious life.

The family of Steven Subotnik Sr. created this Life Tributes page to make it easy to share your memories.

Send flowers to the Subotnik family.