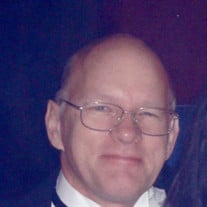 Colfax—Mr. Steven Gary Doughty, 74, completed his earthly journey on July 24, 2021, while at Wake Forest Baptist Hospital. He was born on February 16, 1947, in Altus, Oklahoma, and was the first son of Horace Harold and Velma Kendall Doughty. Steve was Class President and Valedictorian of his 1965 graduating class of Altus High School. He went on to get a Bachelor of Science in Math (Phi Beta Kappa), and a Master of Science in Electrical Engineering at the University of Oklahoma, in Norman, Oklahoma. Steve married Cecile Ince Doughty on January 31, 1970. After graduation, they moved to the San Francisco area, spending a couple of years before moving to Plano, TX, where he lived for more than 3 decades. Steve worked for more than 30 years as a Senior Systems Architect for EDS, Hogan Systems, and Computer Sciences Corporation (CSC) in the Dallas, TX area. After he retired from CSC, he was tapped to work on the team that integrated Wachovia Bank into Wells Fargo Bank for 5 years, and he retired permanently after the project was completed in 2012. Steve is survived by his first wife of 37 years, Cecile; his son Gary and daughter-in-law Cara Doughty of Houston, Texas; his son Mark and daughter-in-law Lauren Doughty of Houston, Texas; Six grandchildren of Houston, Texas: Ryan Doughty, Nora Doughty, Landon Doughty, Blake Doughty, Josh Doughty, and Luke Doughty; his brother Paul and sister-in-law Jane Doughty of Edmund, Oklahoma; his niece Kendall Doughty of Edmund, Oklahoma; his grandniece Madison Shelby May of Edmund, Oklahoma; and his grandnephew John Braydan Woods of Altus, Oklahoma. Steve married his current wife, Dianne Craft Doughty, in November of 2007 in Altus, Oklahoma. They both lived in North Texas for many years, and split their time between there and Atenas, Costa Rica, for the past 10 years. They moved to Colfax, North Carolina, in December of 2018. Dianne has three children: son Patrick Russo, of Amityville, New York; daughter Alana Hernandez and husband Paul Hernandez of Summerfield, North Carolina; daughter Lea Thompson Dempsey and husband Chris Dempsey of Lee, New Hampshire. Also surviving are five grandchildren: Alyssa Hernandez and Sophia Hernandez of Summerfield, North Carolina; and Chloe Thompson, Jordan Thompson, and Brooke Thompson of Lee, New Hampshire. A Celebration of Life service will be held to celebrate Steven’s journey on Saturday, August 7th, 2021, at 2 p.m. at the Forbis and Dick Funeral Service North Elm Street Chapel, with Dr. Roland Shepley officiating. The Doughty family will greet friends and family at a reception following the service at the funeral home at 1118 North Elm St., in Greensboro, NC. In lieu of flowers, memorial contributions may be made to Charity Baptist Church, 4079 Battleground Avenue, Greensboro, North Carolina, 27410, or to JDRF.org (formerly the Juvenile Diabetes Research Foundation).

Colfax&#8212;Mr. Steven Gary Doughty, 74, completed his earthly journey on July 24, 2021, while at Wake Forest Baptist Hospital. He was born on February 16, 1947, in Altus, Oklahoma, and was the first son of Horace Harold and Velma Kendall Doughty.... View Obituary & Service Information

The family of Steven Gary Doughty created this Life Tributes page to make it easy to share your memories.

Send flowers to the Doughty family.