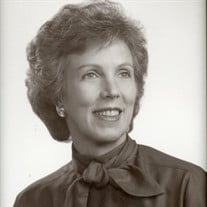 Sara took the flight to heaven at River Landing on 3/20/22 and the funeral will be at Greensboro First Baptist Church on Thursday March 24 at 1 pm and burial will follow in Green Hill Cemetery. Sara was the daughter of Dr & Mrs. J K Hunter and grew up in West Jefferson, NC. She is survived by her husband, Dr Thomas H Sears Jr, who started to school with her in West Jefferson in 1946. She and Thomas were sweethearts by the 3rd and 4th grades, after which he moved away, and they reunited during their freshman year in college (Greensboro College for Sara and Elon College for Thomas). They dated for most of 7 1/2 years before marrying in 1966. Sara was a basketball player, majorette and Editor of the Yearbook at Beaver Creek High School. She was also Editor of the yearbook at Greensboro College where she majored in Home Economics Education. After graduation, she worked with Carolina Power and Light for 3 years in SC and then moved to Greensboro and worked for the NC Extension Service prior to marriage and again for NC Extension Service in Orange County while Tom was an Orthodontic Resident at UNCCH. Sara was an Ordained Deacon at First Baptist Church, member of sanctuary renovation committee, and pastor search committee. She also worked with the 3-year-olds for many years. She was a member of two major medical/dental mission trips to Chile assisting her husband in treating the underserved natives of Chile. Sara was also a participant on several FBC church construction teams working in the Southeast US. She was a member of the Herb Society, Blandwood Guild Board, and Advisory Board of the Museum of Early Southern Decorative Arts. Further activities included being President of the Third District NC Dental Auxiliary and President of the NC Dental Auxiliary. Sara was actively involved in designing Tom’s orthodontic office and in administration of the office. She was a 20 year Board member of Greensboro Youth for Christ. Sara and Tom were actively involved in historic preservation and antiques of the 18th and early 19th Centuries. Sara is survived by brother, Jack Hunter and wife Sandra and niece Melissa (Eric). Suggested memorial contributions: Greensboro Youth for Christ, 917 N Elm St, Greensboro NC 27401; Sears Family Discovery Fund at UNCCH School of Medicine, UNC Health Foundation, 123 W. Franklin St., Suite 510, Chapel Hill, NC 27516; Hospice of the Piedmont, 1801 Westchester Dr, High Point, NC 27262. Forbis & Dick N Elm Chapel is assisting the Sears Family.

Sara took the flight to heaven at River Landing on 3/20/22 and the funeral will be at Greensboro First Baptist Church on Thursday March 24 at 1 pm and burial will follow in Green Hill Cemetery. Sara was the daughter of Dr & Mrs. J K Hunter and... View Obituary & Service Information

The family of Sara Melinda Hunter Sears created this Life Tributes page to make it easy to share your memories.

Send flowers to the Sears family.