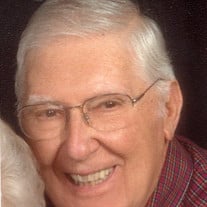 Sanford “Sandy” Dacil Furr passed away on August 4, 2021, at the age of 89. Sandy passed peacefully while surrounded by those he loved and those who loved him. Sandy grew up in North Carolina, a true southerner, born to H.S. Furr and Grace Furr on December 10, 1931. Sandy graduated from Cannon High School in Kannapolis, North Carolina where he first discovered his lifelong passion for chemistry in the Cannon Chemistry Club. Following graduation, this passion would lead him to pursue higher education at Catawba College and Pfeiffer University, where he earned his degree in chemistry. Sandy honorably served his country in the United States Army where he earned the National Defense Service medal. During his time in the Army, Sandy displayed an aptitude for linguistics and culture, and this led him to continue to serve his country in the Central Intelligence Agency (CIA) shorty after it was established. Sandy was very private about the details of his work, but one thing he was very open about during his time abroad with the CIA was meeting the of love his life, Nancy Kennedy Richards of Fairhaven, Massachusetts, in Frankfurt, Germany. Sandy and Nancy returned to the United States and were married on December 29, 1956. He and Nancy quickly became pillars in the Guilford College community and raised two sons, Stephen Richards Furr and Bryan David Furr. Sandy and Nancy were founding members of St. Paul the Apostle Catholic Church where they have been members for 47 years. Sandy furthered his passion for chemistry in his civilian career with Burlington Industries where he worked for 32 years. Community and family were important to Sandy; and he was a great husband, father, papa, and great papa. Sandy leaves behind his beloved sweetie of 63 years, Nancy; sons Steve and Bryan and their wives, Tracy and Karen; grandchildren, Ben, Adam, Patrick, Marianna, and Reese and their spouses Sandra, James, and Laurie; and great grandchildren Benji, Owen, Elijah, Tessa, and Ivy; and many other beloved friends and family members. The family will receive friends from 5:00 p.m. to 7:00 p.m. at Forbis and Dick Guilford Chapel, 5926 West Friendly Avenue, Greensboro, NC 27410. A funeral and celebration of life will be held for Sandy on Wednesday, August 18, 2021, at 11:00 a.m. at St. Paul the Apostle Catholic Church, 2715 Horse Pen Creek Road, Greensboro, North Carolina 27410. The burial will follow the service at Westminster Gardens Cemetery, 3601 Whitehurst Road, Greensboro, NC. The family kindly asks you to please wear a mask for the gatherings. In lieu of flowers, donations may be made to St. Paul the Apostle Catholic Church, 2715 Horse Pen Creek Road, Greensboro, NC 27410, which Sandy loved dearly, or the Alzheimer’s Foundation, 4615 Dundas Drive, Greensboro, NC 27407. *Please note the change in date and time of the visitation which is listed below

Sanford &#8220;Sandy&#8221; Dacil Furr passed away on August 4, 2021, at the age of 89. Sandy passed peacefully while surrounded by those he loved and those who loved him. Sandy grew up in North Carolina, a true southerner, born to H.S. Furr... View Obituary & Service Information

The family of Sanford "Sandy" Dacil Furr created this Life Tributes page to make it easy to share your memories.

Send flowers to the Furr family.