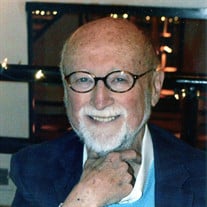 Ronald W. Erickson, 70, of Greensboro, NC, passed away peacefully on Saturday, July 15, 2017, surrounded by his family and friends. Born in Shell Lake, Wisconsin, he was the son of Rudolph and Dorothy Erickson. Ron was married to his best friend, Bernice “Bernie” Tate Erickson, for over 47 years. He was Principal and Founder of EMM Financial Services, Inc. His primary consulting time was spent with closely held and family owned corporate clients, their employees and advisors with a focus on business succession, estate, retirement, investment and selective executive compensation planning. Ron served in various leadership roles in his community, religious, industry, fraternal, and charitable organizations locally and nationally. Was a proud graduate of the University of Wisconsin - Superior where he was class President. He served as Sigma Tau Gamma Fraternity’s 23rd National President. He was the 66th President of NAIFA-NC and was named their Advisor of the Year in 2009. Ron was a devoted member of Christ Lutheran Church in Greensboro for over 40 years and served on their church Council. Ron also served as a mentor to the Kairos Prison Ministry where he was a positive influence to many young men. Ron helped found the long standing national insurance study group called Butterfly Unlimited which started in 1980. Ron was a devoted sports fan of the Green Bay Packers, Chicago Cubs, and the University of Wisconsin Badgers. Ron was preceded in death by his parents, his sister, Karen Erickson, and brothers, Rodger and Rudolph. Ron is survived by his loving wife, Bernie, son, Tate, and daughters, Tara Erickson and Tori Mocharnuk (Matt). Ron was a self proclaimed obnoxious grandfather to Ocea, Tristan, Tucker, Dylan, Cassidy, Abby and Meadow. He is also survived by his sister Sandy Rathmann, brother-in-law Bud Tate, mother-in-law Bernice Tate and many beloved nieces, and nephews, and friends. The family will receive friends on Wednesday, July 19 at Forbis & Dick Funeral Home on N. Elm St., from 5-7 PM. The celebration of life service will be held on Ron’s birthday, Thursday, July 20 at Christ Lutheran Church, 3600 Lawndale Dr. at 1:30 PM.( Additional parking available at Lawndale Baptist Church) Following the service, a birthday celebration will be held in the fellowship hall at Mt. Pisgah United Methodist Church, 2600 Pisgah Church Rd. A private burial will follow at Forest Lawn Cemetery. In lieu of flowers donations may be made to Christ Lutheran Church, 3600 Lawndale Dr., Greensboro, NC 27408 or "The Community Foundation of Greater Greensboro" with "The Ronald W. Erickson Young Leaders Award" in the memo line. 330 S. Greene Street. Suite 100, Greensboro NC 27401 or Sigma Tau Gamma Foundation – The Earl A. Webb Academy of Leadership 101 Ming St., Warrensburg, MD 64093

Ronald W. Erickson, 70, of Greensboro, NC, passed away peacefully on Saturday, July 15, 2017, surrounded by his family and friends. Born in Shell Lake, Wisconsin, he was the son of Rudolph and Dorothy Erickson. Ron was married to his best friend,... View Obituary & Service Information

The family of Ronald W. Erickson created this Life Tributes page to make it easy to share your memories.

Send flowers to the Erickson family.