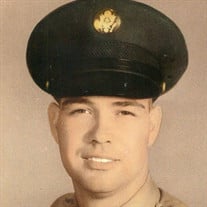 SALISBURY – Mr. Ronald Claude Beard, 77, died Saturday, November 6, 2021, at the Glenn A. Kiser Hospice House. He was born on June 11, 1944, the son of the late Claude Ray and Gladys Foster Beard. Ron had worked for Burlington Industries and retired from Hoechst Celanese after 30 years of service. He also served in the Army National Guard. On April 16, 1967, Ron married his high school sweetheart, Glenda Hendrix. They were married for 54 years. Ron and Glenda loved to travel, especially to the beach, where he enjoyed his golf cart, food and many friends. He was very active in all events and gatherings for the Davie High Class of ‘62. He was a member of Good Shepherd Episcopal Church in Cooleemee. In addition to his parents, he was preceded in death by his foster parents, Jake and Azile McDaniel; and his beloved pet dogs, Wes-Tea and Kelty. Survivors include his wife, Glenda Hendrix Beard; and his foster sister, Jeannie McDaniel Taylor (Robert). The family would like to express a special thanks to Stanback Rehabilitation Center and Glenn A. Kiser Hospice House. They are very grateful for their services to Ron and is family. A celebration of life service will be conducted at a later date. In lieu of flowers, memorials may be considered for Rowan Animal Shelter, 1465 Julian Road, Salisbury, NC 28146 or to Glenn A. Kiser Hospice House, 1229 Statesville Boulevard, Salisbury, NC 28144.

The family of Ronald Claude Beard created this Life Tributes page to make it easy to share your memories.

Send flowers to the Beard family.