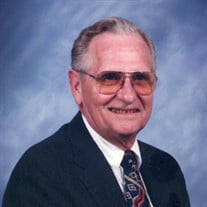 Roger Allen Carter, 88 years old, peacefully passed away on Jan. 20, 2022, at home in McLeansville, NC. Roger was born on Dec. 15, 1933, in St. Lawrence, SD. He was born to proud parents, James, and Maude (Key) Carter and was joined by two brothers and eight sisters. While in St. Lawrence he was introduced to Aloa Testerman who became the love of his life and lifetime partner. On Sept. 19, 2021, they celebrated 69 years of marriage. Along with his parents, he was predeceased by his loving sisters, Virginia, Viola, Leone, Dorothy, Evelyn and Rachel and brother Jimmy as well by son-in-law Buxton. He is survived by his most amazing wife, Aloa along with daughter, Barbara Turner, and son, Roger D. Carter. He is also survived by grandchildren, Brian (Kristi) Carter, Jason (Kate) Turner, and Andrew (Jaime) Carter. Great grandchildren Ashton, Aden, Alissa, Grace, and Jackson. After moving to Greensboro in the mid 1950’s, Roger worked at WFMY-TV as a Film Technician. He then accepted a position at WGHP-TV and hosted the Farm and Home Hour on weekday mornings. He then began a career in sales at Standard Theatre Supply Company in Greensboro. Through hard work and determination, he eventually acquired Standard Theatre Supply and later retired as Owner and President. It was while with Standard he built his home in McLeansville as well as his beautiful cabin on Mt. Rogers, VA dubbed “The Mountain Dew”. After a three-week retirement, he purchased McDonald’s Printing Co. in Greensboro and renamed it “The Print Works”. After 15 years in the printing industry, he officially “Re-Retired”. For the past 20+ years, Roger and Aloa spent their winter months at their home in Sarasota, FL. Visitation will be from 11:00 am – 1:00 pm, Wednesday, Jan. 26, 2021, at Lebanon Baptist Church. However, due to the Pandemic, the service will be private with Pastor Matt Smith Presiding. A Celebration of Life will be announced at a later date. Forbis & Dick North Elm Chapel is assisting the Carter family.

The family of Roger Allen Carter created this Life Tributes page to make it easy to share your memories.

Send flowers to the Carter family.