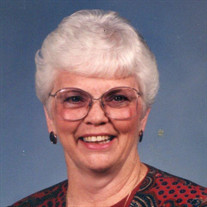 MOCKSVILLE – Mrs. Pauline Hellard Wagner, 92, of Turrentine Church Road, died Tuesday, December 14, 2021, at The Laurels of Salisbury. She was born on February 7, 1929, in Davie County, to the late Wade Denny and Lula Victoria Tutterow Hellard. Mrs. Wagner was a member of Turrentine Baptist Church where she had been a Sunday school teacher for many years along with serving as choir director and pianist and was a part of the Turrentine Trio for many years. Music was always a huge part of her life as she sang with several trios over the years and also sang with the Davie County Singing Seniors. Pauline was the Davie County Tax Collector from 1975 to 1991 and served as the President of the NC Tax Collectors Association. She was a beloved wife and mother and “Nana” to her grandchildren and great-grandchildren. In addition to her parents, she was preceded in death by her first husband, Hugh Foster Wagner; her second husband, Phillip Ralph Hall; an infant daughter, Brenda Darlene Wagner; a sister, Ruth Booe; and a brother, Billy Lee Hellard. Survivors include two children, Judy Beeker (Sonny) of Mocksville and Robert Wagner (Marilyn) of Sherrills Ford; five grandchildren, Brian Beeker (Jennifer), Amy Blackwell (Bobby), Sally Allen (Luke), Franklin Wagner (Cretia) and Aaron McIntosh (Crystal); 17 great-grandchildren; two great great-grandchildren; a special niece, Becky Pilcher; and numerous other nieces and nephews. A funeral service will be conducted at 11 a.m., Saturday, December 18, at Turrentine Baptist Church with Rev. Fred Carlton officiating. Interment will follow in the church cemetery. The family will receive friends one hour prior to the service at the church. Memorials may be considered for South Mountain Baptist Camp, 3558 Baptist Camp Road, Connelly Springs, NC 28612.

The family of Pauline Hellard Wagner created this Life Tributes page to make it easy to share your memories.

Send flowers to the Wagner family.