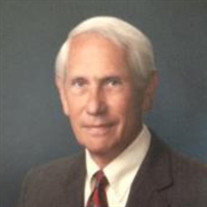 Neal D. Lowrance, 81, a long-time resident of Greensboro, N.C.; died at his home on Wednesday September 22, 2021 of complications stemming from cancer, which had returned with a vengeance last year after its initial defeat over two decades ago. He was born and raised in Winston-Salem, N.C., a son of the late Lawson Henry Lowrance, Jr. and Martha Davis Lowrance. Mr. Lowrance was educated at R. J. Reynolds High School, where he excelled on the varsity football and track teams, and at U.N.C.-Chapel Hill. At U.N.C. he studied history and was initiated into the Pi Kappa Alpha fraternity. After college graduation, he served as a U.S. Navy officer during the Vietnam era, including tours of duty with the destroyer U.S.S. Rich (DD-820). He then began a long and distinguished career in insurance underwriting and administration; first with the Life of Carolina Insurance Co., then Southern Life, and later Jefferson-Pilot, from which he retired in 1996. A Methodist and champion of human rights; Mr. Lowrance was extraordinarily well-read and was a lifelong student of literature, philosophy, science, and history who deeply imparted the importance of these pursuits to his family. Mr. Lowrance is survived by his wife of fifty-seven years, the former Patricia Queen Ward, daughter Betsy Elsner (Robert) of Birmingham, Alabama; son David Lowrance (Nicole) of Johns Creek, Georgia; and four grandchildren: Lily Elsner of Oxford, England, Sam Elsner of Birmingham, Alabama, Jack Lowrance of Washington, D.C., and Anna Lowrance of Bryn Mawr, Pennsylvania. Also surviving are two brothers, Lawson Henry Lowrance, III (Barbara Mathias) of Chapel Hill, N.C. and C. Blair Lowrance, also of Chapel Hill. While no formal services are planned; an informal remembrance for friends and family will be held in the coming weeks, on a date to be announced. In lieu of flowers, the family would welcome donations in Mr. Lowrance’s memory to: AuthoraCare (formerly Hospice and Palliative Care of Greensboro), Christ United Methodist Church, Piedmont Land Conservancy, and Greensboro Beautiful, Inc.

Neal D. Lowrance, 81, a long-time resident of Greensboro, N.C.; died at his home on Wednesday September 22, 2021 of complications stemming from cancer, which had returned with a vengeance last year after its initial defeat over two decades ago.... View Obituary & Service Information

The family of Neal Davis Lowrance created this Life Tributes page to make it easy to share your memories.

Send flowers to the Lowrance family.