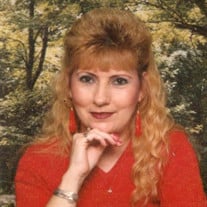 MOCKSVILLE – Mrs. Nancy Ellen Overcash Easter Correll, 75, of Nancy Easter Loop passed away Sunday, January 9, 2022, at her home. She was born on June 2, 1946, to the late Frederick Lee and Minnie Suzanne Overcash Overcash. Mrs. Correll began her work as a waitress at Miller’s Restaurant and then worked as a waitress at C’s BBQ for 38 years. She was a member of Liberty United Methodist Church for many years, was a huge Elvis fan, and enjoyed butterflies and walking. Mrs. Correll loved caring for her family and was always concerned about her two great-grandsons. She loved reading her Bible and her favorite verse was John 3:16, “For God so loved the world, that he gave his only begotten Son, that whosoever believeth in him should not perish, but have everlasting life.” In addition to her parents, she was preceded in death by her husband, Thomas Eugene Correll; and a son, Tracy Easter. Survivors include her daughter, April Easter Coble; a daughter-in-law, Susan Easter; grandchildren, Ashley Coble, Ronnie Coble, Jr., Seth Easter, Matthew Easter, and Lilli Easter, all of Mocksville, and Tracy Easter, Jr. (Candy) of New Bern; great-grandchildren, Kolten and Braylen Coble and Ethan and Wyatt Easter; two brothers, Charles Edward Overcash (Wayne) and Jerry Lynn Overcash; a step-son, Barry Correll (Traci) of Mocksville; a step-granddaughter, Dr. Whittney Correll of Greenville, SC; several nieces and nephews; and several great-nieces and great-nephews. A private graveside service will be conducted in Liberty United Methodist Church Cemetery. In lieu of flowers, memorials may be considered for Alzheimer’s Association, 4600 Park Road, #250, Charlotte, NC 28209; ALS Association, P.O. Box 37022, Boone, IA 50037; or to American Cancer Society - NC, P.O. Box 11796, Charlotte, NC 28220.

The family of Nancy Ellen Overcash Easter Correll created this Life Tributes page to make it easy to share your memories.