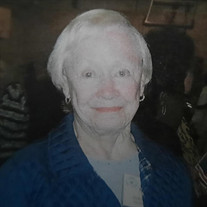 Nadine C. Buchanan, 87, died Wednesday, October 20th, 2021, after months of declining health. Nadine was born July 16, 1934, in Glencoe, Kentucky. She was the last of six children born to Leonard Clifton Sr. and Mabel Johnson Clifton. Nadine was born with a gritty personality, an impeccable work ethic, and overall tenacious nature, which would serve her well her entire life. She was the first female Housing Inspector to be hired by the City of Greensboro. At that time, Code Enforcement was under the Engineering & Inspections Department. She retired in 1997 with 20 years of service. Prior to being hired by the City, she sold real estate for several years. She also worked at Belk at Carolina Circle Mall, managed Plant 9, and Lottie’s Shoe Store, both of which were at Golden Gate Shopping Center at the time. She also worked in sales at an audio/video store, the Albert Pick Hotel, SCM Corporation, and even sold World Book Encyclopedias. She was a single parent with 3 children to provide for. In the sixties, it was very hard for a single mother to find work, but she jumped into any job she landed and held on tightly. She began her professional career by putting herself through nursing school and working as a scrub nurse at a hospital in Ohio. She was a lifelong member of the Democratic Party, volunteered during campaigns, and even held the title of Precinct Chairman for a while. Remembering the struggles, she had along the way, she worked hard to do what she could to improve the rights of all women. She also served on what used to be known as the North Carolina Inmate Prison Board. She fought to inmates working “on the roads”, out in the public and to keep the inmate Work Release program going at a time it was in jeopardy. Nadine was also a very talented artistic person. She was an expert seamstress and knitter. She even took up painting, paper arts, beadwork, and smocking, until she lost her eyesight to macular degeneration. She still tried to stay active by volunteering at the Salvation Army and was a volunteer at Freedom House Thrift Store until the pandemic hit. As a young adult and parent, mom was a practicing Episcopalian. But in her later years, she attended Cedar Square Friends Meeting, and finally felt like she had a church home. The loss of her vision was especially hard on her, but for the past several years, her great-grandchildren kept her going. In addition to her parents, and all siblings, she was preceded in death by both sons, William “Billy” See in 1979, and Randy See in 2012, both of which were unimaginable losses that she dealt with daily. She is survived by her “seeing-eye daughter”, Terri M. Buchanan, grandson Zachary Murphy (Samantha), granddaughter Megan See Ruggiero, and grandson Dylan See. She is also survived by great-grandchildren River and Liam Murphy, and a host of nieces and nephews. There will be a visitation Saturday, November 6, 2021, from 4 PM to 5:45 PM, with a memorial service to follow at 6 PM. Visitation and service will be held at Forbis and Dick Funeral Service, 1118 North Elm Street in Greensboro. In lieu of flowers, donations may be made to Greensboro Lions Club, Hospice of the Piedmont, Freedom House, or Cedar Square Friends Meeting.

The family of Nadine Clifton Buchanan created this Life Tributes page to make it easy to share your memories.

Send flowers to the Buchanan family.