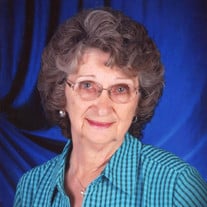 MOCKSVILLE&#8212;Mrs. Mavis Jean Wallace Daniel, 83, of Mohegan Trail, passed away Wednesday, February 2, 2022 at Novant Health Rowan Medical Center in Salisbury. She was born on May 14, 1938, in Cabarrus County, to the late Leonard Levord and... View Obituary & Service Information

The family of Mavis Jean Wallace Daniel created this Life Tributes page to make it easy to share your memories.