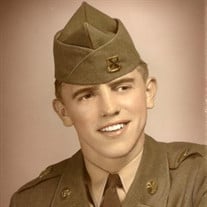 Luther Lee Brame, 85, of Greensboro, NC, joined his Lord and Savior Jesus Christ in heaven on April 7, 2022. Luther was born on March 31, 1937, to Wesley and Thaler Brame in Greensboro. He attended Greensboro High School and then enlisted in the Army to serve his country from 1956 through 1959. Prior to completing his Army service, he met his future wife and best friend Bertha Dawson. Luther and Bertha were married on June 10, 1957, in Lancaster, SC. They were happily married for sixty years. Luther worked for Cone Mills, Wells Fargo Armored Services and Wesley Long Community Hospital for many years. In 1972, he was ordained into ministry and was the pastor at New Hope Baptist Church until his retirement over 40 years later. He was a dedicated and loving husband, father, grandfather and great grandfather. He loved to help others in any way he possibly could, whether it was physically, monetarily or spiritually. More than anything else, Luther wanted to show others the love of Jesus. His survivors include son Kelly Brame and wife Monica of Greensboro; daughter Amy Scull and fiancé Reese Bennett of Jamestown; grandchildren Stephen Brame and wife Emma, Brayden Scull and Clayton Scull; great grandchildren Vivian and Stewart Brame; sisters Mary Christopher, Ora Capps and Betty Taylor; brother J.D. Brame. In addition to his parents, he was preceded in death by his wife Bertha Brame; brothers Raymond Brame, Grady Brame and Boyd Brame; sister Jeanette Tester. Visitation with the family will be Wednesday, April 13th, 6:00-8:00pm at Forbis and Dick North Elm Chapel. A graveside service for family and friends will be held on Thursday, April 14th at 11:00am at Westminster Gardens, 3601 Whitehurst Road, Greensboro, NC 27410. In lieu of flowers, the family requests donations be made to either the Piedmont Baptist Association, 2009 Sharpe Road, Greensboro, NC 27406 or Samaritan’s Purse, PO Box 3000, Boone, NC 28607. Online condolences may be made to www.forbisanddick.com.

Luther Lee Brame, 85, of Greensboro, NC, joined his Lord and Savior Jesus Christ in heaven on April 7, 2022. Luther was born on March 31, 1937, to Wesley and Thaler Brame in Greensboro. He attended Greensboro High School and then enlisted in... View Obituary & Service Information

The family of Rev. Luther Lee Brame created this Life Tributes page to make it easy to share your memories.

Send flowers to the Brame family.