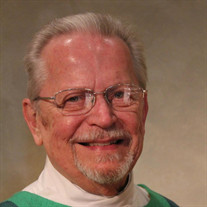 Kenneth Martin Fuehler passed peacefully into the arms of his Savior on June 30, at the age of 77, following complications from injuries sustained in a fall. Pastor Ken was born June 5, 1944, in Lutheran Hospital, St. Louis, MO, the only child of Martin and Erna Fuehler. His elementary school years were at Messiah Lutheran Church in St. Louis, followed by St. Paul’s High School and Junior College, Concordia, MO, and Concordia Senior College in Ft. Wayne IN. He graduated in 1970 from Concordia Seminary with a Master of Divinity degree. The sainted Rev. Dr. George W. Wittmer, who had also Baptized and Confirmed him at Messiah officiated at his Ordination on June 28, 1970. Kenneth faithfully served the Lutheran Church for fifty years. His Calls ranged in size from a mission plant as sole staff to senior pastor of multi-staff congregations with memberships over 1,000 and several with K-8 schools. The first thirty years of ministry were in settled Calls as a Parish Pastor in PA, NY, MO, and NC. In 1999 he earned a master’s degree in Conflict Resolution and Management from Nova Southeastern University, Ft. Lauderdale, Florida. In 2000 he received training in and was certified to serve as an Intentional Interim Minister (IIM). He served eight congregations as an IIM in FL, SC, AL, NC and AK. A lifelong fan of the St. Louis Cardinals, his other interests included classical music, photography, puzzles, gardening, reading, and fondly remembering years of masters’ league bowling. Together, he and wife Cheryl enjoyed square dancing, tai-chi, dear friends, and being grandparents. Kenneth is survived by Cheryl, who he met in Madison Heights, Michigan (where he was the Vicar) and married in 1969. He is also survived by his daughter Kristin, granddaughter Caroline and son-in-law Jim Stowe; his son Kevin, grandchildren Clara, Miles and Linnie, and their mother Suzanne Fuehler; and his sister-in-law Robyn Alexy. In lieu of flowers, the family requests memorials be made to Food for the Poor (www.foodforthepoor.org). A service celebrating the victory that is Ken's in Christ will be held at 3:00 pm on Sunday, August 1, at Ebenezer Lutheran Church on South Tremont Drive, Greensboro.

Kenneth Martin Fuehler passed peacefully into the arms of his Savior on June 30, at the age of 77, following complications from injuries sustained in a fall. Pastor Ken was born June 5, 1944, in Lutheran Hospital, St. Louis, MO, the only child... View Obituary & Service Information

The family of Kenneth Martin Fuehler created this Life Tributes page to make it easy to share your memories.

Kenneth Martin Fuehler passed peacefully into the arms of his...

Send flowers to the Fuehler family.