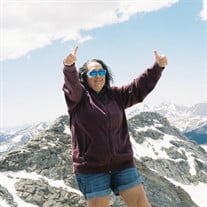 Kelly Ann Gannon-Burch, age 54 was found deceased in her home in Greensboro, North Carolina on August 31, 2021. Kelly Ann Marie Gannon-Burch was born on March 27, 1967 in Rhinebeck, New York and raised in Hyde Park, New York by William “Butch” Gannon and Charlotte Ballien-Gannon. Kelly graduated from Franklin Delano Roosevelt High School in 1985, then majored in Religious Studies at Louisburg College and Greensboro College before receiving her Master’s in Sociology from the University of North Carolina Greensboro in 1992. Kelly was married in 1995 in Wilmington, North Carolina to Michael P. Burch of Lumberton, North Carolina with whom she had her two sons, Sean M. Burch born 1998, and Brian P. Burch born in 2000. Kelly is survived by her husband, children, and siblings Thomas Gannon, and Steven Gannon. She was preceded in in death by her parents, William and Charlotte, and siblings Debra Gannon, Kathleen Gannon, and Robert “Bobby” Gannon. Kelly bravely fought Multiple Myeloma cancer since 2016, and never quit fighting. Kelly will be remembered as a loving woman, who always did what she believed was right. Kelly is funny, creative, driven, and deeply passionate. She loved writing, traveling and rescuing animals, she is missed by her two dogs, Bruce and Clark. At her request there will be no service. Kelly has requested her corporeal form be cremated and her ashes spread by her sons in a few of her favorite places.

The family of Kelly Ann Gannon-Burch created this Life Tributes page to make it easy to share your memories.

Kelly Ann Gannon-Burch, age 54 was found deceased in her home...

Send flowers to the Gannon-Burch family.