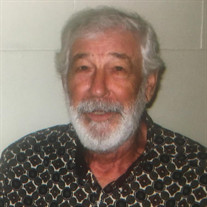 Mr. John Wesley Plybon, 85, passed away on Sunday, April 18, 2021. The service to celebrate his life will be held at 2 p.m. on Saturday, May 22 at Oak Ridge United Methodist Church with Rev. Susan Mitchell officiating. The family will greet friends following the service in the fellowship hall at the church. A native of Huntington, West Virginia, Mr. Plybon was born on February 4, 1936 the son of the late Franklin and Bertha Gill Plybon. He was a graduate of the University of West Virginia, where he played both football and basketball. He furthered his education and graduated from the Medical University of South Carolina with a degree in electrical Engineering. Out of school he went to work for General Electric as General Manager of one of the divisions that worked with US National security. He then went on to an extended career with Wesley Long Community Hospital as their chief operations manager. John was also a history buff. He took great interest in the Summerfield Historical Society and Sons of Confederate Veterans. He enjoyed reading and gardening and sharing the excess from his garden. John had a charitable heart and was eager to help those in need, whether family, friends, neighbors or worthwhile charities. The American Red Cross was also an organization he supported through the many donations he made over the years. Surviving are his wife, Joan D. Plybon of the home; sons Shaun Plybon of Advance, Bevin Plybon and his wife, Trolley, of Houston, TX, and Jeremy Plybon and his wife, Jeanne, of Summerfield; a sister Betty Howard; brother Ben Plybon; 5 grandchildren and 1 great grandchild. Memorial donations may be directed to St. Jude Children’s Hospital at StJude.org; the Salvation Army; or Sons of Confederate Veterans, Col. John Sloan Camp #1290, PO Box 10064, Greensboro, NC 27404. Acknowledgements may be sent to [email protected]

Mr. John Wesley Plybon, 85, passed away on Sunday, April 18, 2021. The service to celebrate his life will be held at 2 p.m. on Saturday, May 22 at Oak Ridge United Methodist Church with Rev. Susan Mitchell officiating. The family will greet... View Obituary & Service Information

The family of John Wesley Plybon created this Life Tributes page to make it easy to share your memories.

Send flowers to the Plybon family.