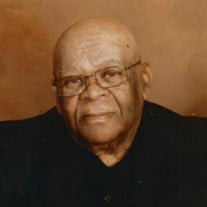 John I. Morehead went home to be with the LORD Savior in Heaven on Sunday May 29th, 2022. He was surrounded by his loving family. John was born on April 8th, 1939, in Guilford County, Browns Summit, NC, to the devoted parents of Daniel W. and Eva T. Morehead. He began an early desire for knowledge as he graduated from Browns Summit High School at the age of 15 yrs old. A short leap forward, John joined the Military serving in the US Army. He served his country with Enthusiasm, Honor and Pride. After his call of duty, John’s pursuit of all things involving Technology, Mechanics and Music began. He was a computer “whiz” pioneer understanding and teaching the new wave of data analyzation. Most of you know him as one of the most trusted and skilled mechanics in the tri-city area and all surrounding counties. His Life long love of music inspired him to learn to play guitar (and other instruments) and become a member of a few bands, including the present day, “Grateful Band. He was also a popular Disc Jockey. John retired from the U.S. Post Office after many, many years of service, in 1992. John I. Morehead married Doris Reid Morehead on August 18th, 1962 (until her Heavenly transition in 2020). John and Doris are survived by their three remarkable children, Vanessa J. Morehead, Hermene (and Michael) Elks, and Robert D. Morehead. John is also survived by his two grandchildren, D’Atra S. Westmoreland and Mikael Y. Westmoreland by whom he has left his legacy of talent, compassion, love and incredibly good looks. And Two extraordinary great grandchildren Mila M. Westmoreland and Maxum D. Floyd. He has 3 surviving sisters, Marie M. (Lorenzo) Donahue, Evelyn M. Comer and Peggy (and Clarence) Morehead. As the brother of 6 siblings John is also survived by a host of amazing nieces and nephews that span to great great nieces and nephews. John was a member of various beneficial organizations that called to his love of community. Including, what he regarded as his most important charge, his service to our LORD and savior, at the esteemed Chapel Hill UMC, John was a Trustee and the Chairman of Finance. As promised by GOD, [John 3;16], John I. Morehead is in the loving presence of Our LORD and Savior, JESUS CHRIST. We Love You Da Before, Between and Beyond. Forbis & Dick Pleasant Garden Chapel is serving the family.

John I. Morehead went home to be with the LORD Savior in Heaven on Sunday May 29th, 2022. He was surrounded by his loving family. John was born on April 8th, 1939, in Guilford County, Browns Summit, NC, to the devoted parents of Daniel W.... View Obituary & Service Information

The family of John Irvin Morehead created this Life Tributes page to make it easy to share your memories.

John I. Morehead went home to be with the LORD Savior in Heaven...

Send flowers to the Morehead family.