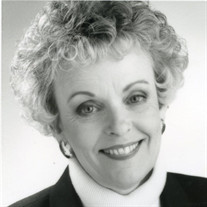 JoAnn McIntosh Stevens Church, 85, passed away peacefully on Sunday, December 5, 2021, at Carriage House Memory Care in Greensboro. She was born in Jeffersonville, IN to the late Rachel and John McIntosh. She graduated from Presentation Academy and Nazareth School of Nursing, St Joseph’s Infirmary, both in Louisville, KY. Although JoAnn spent her early life in Louisville, her husband’s career moved the family to Connecticut, Massachusetts, Illinois, and finally Greensboro, where she resided for 46 years. Until her declining health, she was an active charter member of St Paul the Apostle Catholic Church, as well as a member of several church ministries and committees. She serviced as the president of the Greensboro Council of Catholic Women for six years. JoAnn was an extremely spiritual person and her faith inspired others. JoAnn’s first career was as a registered nurse , a profession in which she was active for 22 years. In that capacity she served in a hospital, a nursing home, doctors’ offices, and schools. Her second career was as the owner and president of Kwik-Kopy Printing. She was active in the Greensboro Area Chamber of Commerce and served on too many committees to mention. She was most proud of serving as the Chairperson for the Piedmont Triad Business Showcase as well as receiving the 1994 Women in Business Award. In addition, she was an active member of the Greensboro Merchants Association, Greensboro Area Incentives Network, Greensboro Professional Service Alliance, and Women’s Professional Forum. As the owner of Kwik Kopy Printing, JoAnn received a 20 Year Service Award from the International Center for Entrepreneurial Development. She was an associate member of Guilford Medical and Dental Managers and Guilford County Hotel/Motel Association. She was a member of the National Association of Quick Printers and an active charter member of the Carolinas Chapter. Along with her parents, she was preceded in death by her first husband, and father of her children, Bob Stevens; her second husband, Gene Church; brother, Richard McIntosh; and her beloved daughter, Laurie Rabin. She leaves to cherish her memory her children, Lynn Loomis (Rick) of Greensboro and Rob Stevens (fiancé Dawn Bodine) of Henryville, IN; grandsons, Adam Stevens and Ben Stevens of Bloomington, IN, and Douglas Loomis (Whitney) of Greensboro; great-grandchildren, Emma, Joseph, and Benjamin Loomis of Greensboro; sister Cece Dwyer (Denis) of Sarasota, FL; and niece, Amanda Dwyer of Hoboken, NJ. She is also survived by step-children, Debbie Terrell (Larry) of Brown Summit, Peggy Church, and Michael Church (Leona) of Greensboro; step-grandsons Ryan Terrell (Sarah) of Brown Summit, Reid Terrell (Candice) of Greensboro, and Cory Church of Charlotte; step-great-granddaughters, Reese Terrell of Brown Summit and Sadler and Everly Terrell of Greensboro; and special friend and caregiver, Melba Parker. There will be a visitation on Thursday, December 16, 2021 from 5:00 – 7:00 PM at Forbis and Dick – Guilford Chapel (5926 W Friendly Ave, Greensboro). A Mass of Christian Burial will be celebrated Friday, December 17, 2021 11:00 AM at St Paul the Apostle Catholic Church (2715 Horse Pen Creek Rd, Greensboro) with internment immediately following at Westminster Gardens (3601 Whitehurst Rd, Greensboro). In lieu of flowers, memorial donations may be made to the Alzheimer’s Association (225 N Michigan Ave, Floor 17, Chicago, IL 60601), Scleroderma Foundation, Delaware Valley Chapter (385 Kings Highway North, Cherry Hill, NJ 08034), National Breast Cancer Foundation (PO Box 676910, Dallas, TX 75267), or St Paul the Apostle Catholic Church (2715 Horse Pen Creek Rd, Greensboro, NC 27410).

JoAnn McIntosh Stevens Church, 85, passed away peacefully on Sunday, December 5, 2021, at Carriage House Memory Care in Greensboro. She was born in Jeffersonville, IN to the late Rachel and John McIntosh. She graduated from Presentation Academy... View Obituary & Service Information

The family of JoAnn Stevens Church created this Life Tributes page to make it easy to share your memories.

Send flowers to the Church family.