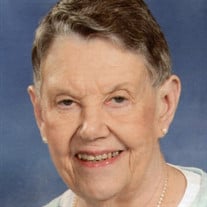 Janet Marie Rieck Mortimore passed away peacefully on May 26, 2021. Janet Marie Rieck was born in Detroit, MI, on June 30, 1942, the only child of Florence Roemer Rieck and Arthur W. Rieck. She grew up in Grosse Pointe and graduated from Grosse Pointe High School in 1960. She graduated from Eastern Michigan University with a degree in early elementary education in 1964. While at Eastern Michigan, Jan was at a party also attended by some students from the University of Michigan-- including Charles E. Mortimore of Pontiac, IL. Jan and Chuck were married on August 22, 1964. They were married for fifty-two years and had three children. Jan taught elementary school in Plymouth, MI, and Springfield, IL. In 1967, Jan and Chuck moved to Greensboro, NC, where Chuck began a long career with the City of Greensboro. Jan was a Lutheran her entire life; she was an active member of First English Lutheran Church (Grosse Pointe, MI) in her youth and First Lutheran Church (Greensboro) from 1967 through the end of her life. Jan served on several committees, taught Sunday School and Vacation Bible School, and particularly enjoyed singing in the chancel choir. She was a beloved figure at the First Lutheran School for Young Children from 1983-2011, teaching the two-year-old class for many years and serving as assistant director until her retirement. She also volunteered at Wesley Long Hospital and Moses Cone Hospital for several years. Jan was preceded in death by her mother, Florence, in 1995, her husband, Chuck, in 2016, and her father, Arthur, in 2019. She is survived by daughter Jill Petery of Greensboro, husband, Andrew, and their son, Jacob; son David Mortimore of Charlotte; and son Jeffrey Mortimore of Brooklet, GA, wife, Amanda, and their children, Thom and Dorothy. She is also survived by sisters-in-law Barb Hanback (Chip), Fran Mortimore, Bunny Underwood (John); brother-in-law Mike Mortimore (Vicki); and many nieces and nephews and their families. There will be a private inurnment led by Pastor Jay Hilbinger. A public memorial at Friends Homes West will be scheduled at a later date. The family would like to thank Jan’s lifelong and closest friends for their abiding and special friendships throughout her life. Memorials may be given to the First Lutheran School for Young Children, c/o First Lutheran Church, 3600 W. Friendly Ave., Greensboro, NC, 27410. Forbis & Dick Guilford Chapel is serving the Mortimore family. Online condolences may be offered to the family at www.forbisanddick.com.

Janet Marie Rieck Mortimore passed away peacefully on May 26, 2021. Janet Marie Rieck was born in Detroit, MI, on June 30, 1942, the only child of Florence Roemer Rieck and Arthur W. Rieck. She grew up in Grosse Pointe and graduated from Grosse... View Obituary & Service Information

The family of Janet Marie Rieck Mortimore created this Life Tributes page to make it easy to share your memories.

Janet Marie Rieck Mortimore passed away peacefully on May 26,...

Send flowers to the Mortimore family.