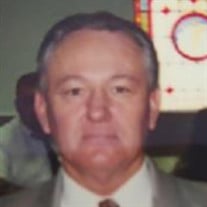 OLIN – Dr. J. Nelson Osborne, 69, of Red Hawk Lane, died Tuesday, February 1, 2022, at Wake Forest Baptist Medical Center in Winston-Salem. He was born on October 7, 1952, in Rowan County to the late Nelson and Edith Eldridge Bringle Osborne. He served in the U.S. Army in the 101st Airborne Division and was a medic during the Vietnam War. He obtained a Master of Arts in Theology, Doctor of Ministry in Biblical Preaching, Bachelor of Arts in Theology and Doctor of Philosophy in Religion. He was a devout Christian, husband, father, and brother. One of his most treasured titles was, “Poppy” to his beloved grandchildren. Each day was faithfully started with Bible reading and prayer for all his loved ones, friends, and his fellow preachers and their families. After his love for God and his family, his favorite pastime was hunting. He fought a good fight, he finished his course, he kept the faith. He was a good soldier of the cross and for his country. In addition to his parents, he was preceded in death by his son, Caleb Osborne; and his daughter-in-law, Melanie Rosas Osborne. Survivors include his wife, Charis Nelson Osborne; his son, Josh Osborne (Cassie) of Statesville; four grandchildren, Ashlen Paige Osborne, Faith Elizabeth Osborne, Rachel Rosas Osborne and Samuel Philip Osborne; siblings, Malinda Burks of Advance, Mike Osborne (Judy) of Mocksville, Percelia Nyhart (Jack) of Summerville, South Carolina and Dreama Osborne of N. Myrtle Beach, South Carolina; and numerous nieces and nephews. A homegoing service will be conducted at 7 p.m., Friday, February 4, at Shepherd Baptist Church with Pastors, Mike Martin, Jason Fuller, Ray Cooper and Don Thomas officiating. The family will receive friends from 5 to 7 p.m. in the church fellowship hall. Interment will be private in Legion Memorial Park in Cooleemee. In lieu of flowers, memorials may be considered for Shepherd Baptist Church, 2210 Charlotte Hwy, Mooresville, NC 28117.

The family of Dr. J. Nelson Osborne created this Life Tributes page to make it easy to share your memories.

Send flowers to the Osborne family.