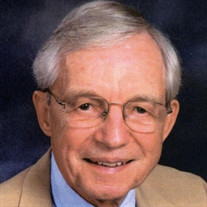 Isaac A. “Ike” Jones, Jr., died peacefully Friday, May 21, 2021, after a long struggle with Parkinson’s disease. He was 85 years old. Ike was born to loving parents Isaac A. and Lois Jones on January 12, 1936, in Lynchburg, Virginia. He grew up in Charlotte and graduated from Myers Park High School in 1954 and NC State University in 1958. Ike spent his career as a successful mortgage banker, but he was most proud of his three years as an officer in the U.S. Navy. For 50 years, he was an active member of Westminster Presbyterian Church, where he served as an elder and a deacon and regularly participated in the Wednesday Morning Men’s Group. Ike will be remembered for his kindness, thoughtfulness for others, and generosity. Some of his favorite times were spent with his family and friends at the beach and in the mountains. He loved playing golf after retirement, tennis before retirement, and watching sports. Ike is survived by his wife Barbara Myers Jones and two sons, David (Wendy) and Ken (Fritzi), his grandsons Alex Togneri-Jones and Riley Jones, his brother Robert Emory Jones (Janey), his sisters-in-law Sonya Charles and Dottie Distelheim, his stepson Shel Myers (Lindley), and many beloved cousins, nieces, and nephews. He was preceded in death by his wife of 47 years, Ann Adams Jones, his brother Fleming and sister-in-law Dianne Jones, his sister-in-law Nancy Adams, and his brothers-in-law Joe Distelheim and Nelson Charles. Ike loved his God, his country, and his family immensely. A memorial service will be held at Westminster Presbyterian Church on June 1 at 11:00am. Social distancing and mask protocols will be followed. The service will be available by live stream on the church’s website: www.westpreschurch.org. In memory of Ike, the family asks that donations be made to the Jimmy V Foundation, Parkinson’s Association of North Carolina or Westminster Presbyterian Church.

The family of Isaac "Ike" A. Jones Jr. created this Life Tributes page to make it easy to share your memories.