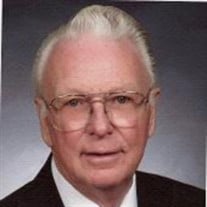 Herman Causby Mr. Herman Lee Causby, of Oak Ridge, passed away peacefully on May 16, 2022, with his loving family by his side. Herman was born on December 18, 1934, in Guilford County to the late Thomas Lee and Tinie Davis Causby. After graduating from high school, he enlisted in the U.S. Army from which he was honorably discharged. He was employed by Western Electric (now Lucent Technology) and retired in 1984 with over 31 years of continuous service. Following his first retirement, Herman started his own business General Home Repairs, Inc. and enjoyed a successful second career. Along the way, he was blessed with the love of his wonderful wife, Rixene, with whom he shared 57 years of married life together. He loved his family without question. They welcomed their beloved daughter, Gerry, and she quickly became the twinkle of her daddy’s eye. Her parents took her on her first camping trip when she was only 9 months old and they were delighted to learn that she loved camping as much as they did. In fact, some of Gerry’s best memories are those made with them while traveling most of the United States. Herman was an outgoing person with a generous spirit of adventure. He and his family have been members of the Holiday Rambler RV Club (HRRVC) for a great many years. He and his family made lasting friends during club activities and when they were traveling. When he was not camping, Herman loved to participate in Jeep 4-wheel drag racing with his family cheering him on to the finish line. Wherever he was, Herman enjoyed and cherished the company of his friends. He made friends wherever he went and he treasured the memories of happy times spent together. Herman loved the Lord and was a faithful and active member of Trinity Church from its beginning. His love and compassion for his church family was evident by his service to the church as an usher, Elder, the primary driver for the activity bus and other ways in which he supported his church. He also drove the activity bus for the students at Caldwell Academy whom he loved dearly. His generosity of spirit and his talents will be missed by many who loved him. In addition to his parents, Herman is preceded in death by his wife, Rixene Simmons Causby, his brother, Lewis Causby and many friends he made along the way. Those left to cherish his memory are his loving daughter, Gerry Jessup, his "son"-in-law, Todd Jessup, his precious granddaughter, Tiffany Jessup and his best friend, Bill Kendrick. He also leaves behind his best four-legged pals, Oliver and Macon, who will miss him too. The family will receive friends at Trinity Church, 5200 W Friendly Ave, Greensboro, NC 27410 on Saturday, May 21, 2022 from 12:00 noon to 1:45 p.m. prior to the funeral service at 2:00 p.m. Burial will follow at Guilford Memorial Park, 6000 West Gate City Boulevard, Greensboro, NC 27407. In lieu of flowers, the family suggests that memorial donations be made in Herman’s memory to Trinity Church or AuthoraCare Collective Hospice of Greensboro, 2500 Summit Avenue, Greensboro, NC 27405. Forbis and Dick Guilford Chapel is serving the family.

Herman Causby Mr. Herman Lee Causby, of Oak Ridge, passed away peacefully on May 16, 2022, with his loving family by his side. Herman was born on December 18, 1934, in... View Obituary & Service Information

The family of Herman Lee Causby created this Life Tributes page to make it easy to share your memories.

Send flowers to the Causby family.