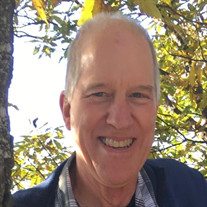 Dr. Haynes Wallace Baird died at 6:18 AM on Monday May 31, 2021 from prostate cancer. He enjoyed a long and productive life as a husband, father, grandfather, physician, and good friend. Members of his family who died before him include his parents Dr. Harry Haynes Baird and Cornelia Wallace Baird, his wife Phyllis Tipton Baird, and his granddaughter Julia Elizabeth Baird. He is survived by his brother Harry Haynes Baird Jr., his sister Alice Baird Boger (Jack Boger) his children Teresa Baird Talbert (Barry Talbert), Dr. Christopher Baird (Tina Baird) and Dr. Kelly Wallace Baird (Dr. Kelly Lynn Barham) and by six grandchildren; Kevin Talbert, Caroline Talbert, Catherine Baird, Matthew Baird, Sidney Baird and Carson Baird. Wallace spent his youth and formative years in Charlotte and his professional life in Greensboro. He was born on January 28, 1943 in St. Louis Mo. where his father was in medical school. The family moved to Charlotte when he was three, and Wallace grew up on Old Hickory Grove Road (now North Sharon Amity Road) which was then a two-lane gravel and asphalt road. With few houses, a pond and lots of open land he had room to ramble and find his own way, which he always cited as a benefit available to very few people today. He raised chickens, quail and pheasants, sold eggs and plowed gardens to earn pocket money. Wallace attended Elizabeth Elementary School, Eastway Junior High School (entering the year that school opened), old Central High School, and Garringer High School (also entering that school the year it opened) where he graduated in 1961. He graduated from the University of North Carolina at Chapel Hill in 1965 and from the University of North Carolina School of Medicine in 1969. His professional career was spent with Greensboro Pathology Associates. He joined that organization in 1973 and retired in 2003. Wallace met the love of his life, Phyllis Tipton Baird, while she was a student nurse at Charlotte Memorial Hospital, and he was a budding medical student accompanying his father on hospital rounds. They were together for more than fifty years until her untimely death on January 29, 2013. Phyllis was a beloved wife, and the two of them fit together like two pieces of a puzzle. In February 2015 Wallace began what he referred to as his second life when he met Susan Picascia of Los Angeles, California while on a winter trip to Yellowstone National Park. Both were surprised when a chance meeting evolved into a deep friendship and eventually into love. Susan provided a joy that would otherwise have been impossible at that stage of his life, and they spent as much time together as possible during his last years. Susan was by his side during his final days. For all their married life, and particularly after his retirement, Wallace and Phyllis took an active interest in their family, particularly their grandchildren, making sure that birthdays, holidays, and all special occasions were duly celebrated. His grandchildren especially were the light of his life. He enjoyed challenging them and wrestling with them over ideas, and he tried to fulfill all that he and Phyllis valued in his relationships with them. During their long marriage, and especially after his retirement, Phyllis and Wallace were able to satisfy their love of travel with trips to Europe, Asia, Australia, South Africa and Israel, among other places. For Wallace this active interest in seeing new places began just after high school when he and friend Tom Dunn made a road trip across the United States and into Mexico, and back, in a 1955 Plymouth he bought for $100. Throughout his life he spoke of that trip with as much satisfaction and fondness as any other. A special delight during his retirement years was the opportunity to participate in the Temple Emanuel Torah Group with Rabbi Fred Gutman. He considered Rabbi Gutman a fast friend and the best teacher he ever met. Throughout his life Wallace was a seeker, always asking hard questions, taking delight in debate, exploring interesting topics as he found them, resisting limitations, attempting always to understand the truth of things, and learning wherever he could. As long as he was able he maintained strong relationships and pursued his interests with an eclectic group of friends. More than anything else it is this attitude of intellectual vitality and integrity that he wanted to pass along to his children and grandchildren. Toward the end of his life Wallace came to understand that he had run out of options for treating his cancer, and he made the decision to face reality and discontinue active cancer treatment. True to his character he used the time remaining to make all necessary arrangements for his passing, then to simply communicate with his family and friends. Wallace’s funeral service will be private. Anyone who wishes may send donations in his name to a charity of their choice, or to the Community Foundation of Greater Greensboro, Inc., 330 S. Greene Street STE 100, Greensboro, NC, 27401. Online condolences may be made at www.forbisanddick.com. Anyone wishing to view the service may access it at this same website by clicking the Facebook logo at the bottom of the page Thursday, June 3, 2021, 2:00 p.m.

Dr. Haynes Wallace Baird died at 6:18 AM on Monday May 31, 2021 from prostate cancer. He enjoyed a long and productive life as a husband, father, grandfather, physician, and good friend. Members of his family who died before him include... View Obituary & Service Information

The family of Haynes Wallace Baird created this Life Tributes page to make it easy to share your memories.

Send flowers to the Baird family.