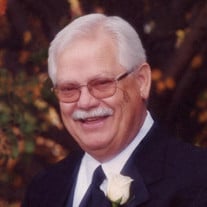 Lifelong Greensboro resident Harold “Hal” Franklin Greeson passed away Monday, May 31, at the age of 80. He was born in south Greensboro on March 10, 1941, to AW and Isobel Greeson and graduated from Greensboro Senior High School in 1959. An accomplished attorney and Demon Deacon through and through, he completed undergraduate and law studies at Wake Forest University. He started his career in civil and criminal law, later becoming an expert in personal injury, malpractice and plaintiff law. A member of local, state and national bar associations, along with Advocates for Justice, he answered the call for civic duty honorably when court-appointed, as in the trials after the 1979 clash between members of the Ku Klux Klan, American Nazi Party and Communist Workers’ Party that led to his involvement in a retrospective on the History Channel. A lifetime member of the Greensboro Jaycees, and a distinguished “Old Timer”, he served as president in 1972. His work with the Jaycees led to a Jaycee International Senator post, the highest honor that can be bestowed by the organization for outstanding service. He also was a member and trustee of the Greensboro Elks Club where you would often find him playing pool and spending time with friends at the lodge on Wednesday night. When not at the Elks Club or at grandkids’ sporting events, he’d be using his talented woodworking skills to make just the right gift. An avid fisherman, Hal enjoyed the annual family beach trips that offered him opportunities to fish in the surf, off the pier or in the deep sea. Those beach trips have yielded fond memories of Papa Hal’s many antics—from wearing a grass skirt and coconuts to impersonating Sonny Bono in a Sonny and Cher sing-a-long—all to get a laugh. He loved playing the guitar, sampling themed cuisine each year, watching the grandkids’ original productions, and telling endless stories. Hal is survived by his wife, Sherry Greeson; his children, Harold Franklin Greeson Jr and wife Debbie of High Point; Abigail Brooks Steelhammer and husband John of Mooresville; Mark Christian Weaver and wife Corrie of Greensboro; Derrick Gray Weaver and wife Heather of Raleigh; Scott Andrew Weaver and wife Jenny of Granite Falls; and his grandchildren who lovingly know him as Papa and Papa Hal: Gracie Brooks Steelhammer, Christian Weaver, Gray Weaver, Hope Weaver, Dolan Weaver, Connelley Weaver, Coleman Weaver, Jenson Weaver, and Patterson Williams and her husband Zach. The family would like to give special thanks to Julie and Shannon of AuthoraCare Collective for their excellent caregiving, fun and laughter. In lieu of flowers, the family requests that donations be made to hospice services at the Greensboro office of AuthoraCare Collective, 2500 Summit Ave., Greensboro, NC 27405. A Celebration of Life service will be held Friday at 11 a.m. at the North Elm Chapel of Forbis and Dick Funeral Service. The family will receive friends immediately after the service at the funeral home, with a reception to follow at the Greeson residence.

Lifelong Greensboro resident Harold &#8220;Hal&#8221; Franklin Greeson passed away Monday, May 31, at the age of 80. He was born in south Greensboro on March 10, 1941, to AW and Isobel Greeson and graduated from Greensboro Senior High School... View Obituary & Service Information

The family of Harold "Hal" Greeson created this Life Tributes page to make it easy to share your memories.

Send flowers to the Greeson family.