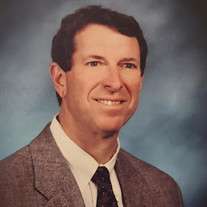 Greensboro—Frank Redford Poole III passed away at his home on Monday, May 16, 2022, four days after his 75th birthday. Born May 15, 1947, Frank was the loving son of Frank Poole Jr. and Esther Doggette Poole. He loved and talked about growing up on Liberty Road and working at a nearby grocery store. He said he was so proud when he was made Vice President in charge of bread. Frank graduated in 1965 from Curry School which was part of the education department at the University of North Carolina Greensboro. In 1969 Frank graduated from The Citadel with a degree in Political Science. He was in the Romeo Company. Later he received a Master’s Degree in Liberal Studies. He served in the U.S. Army during the Vietnam War in 1971- 1972. Frank loved his exercise. He could be seen running, walking, or biking any time of the day. Biking on the Blue Ridge Parkway with John Wells was a highlight. As a member of Starmount Forest Country Club, Frank enjoyed playing golf. He often reminded others that he never had a hole-in-one. Bob Maggard was a longtime friend of Frank. He always stayed in touch, went to many appointments with Frank and was available if needed. Bob’s daughters even called him “Uncle Frank.” Frank’s college roommate at The Citadel, John Morgan remained faithful and maintained contact with each other through Saturday telephone calls. Frank loved his wife Janet’s family. They shared many meals together and special occasions. He even escorted Hazel to the prom at her nursing center. Ray Hicks (Janet’s brother) and June Hicks (Ray’s wife) were always there for support and love. Frank often heard his mother say, “It is what it is” and he eventually took over her motto. Frank enjoyed his rest and relaxation at his homes in Bald Head Island and Pinehurst. His favorite activities were sitting on decks, playing golf, and riding the “fur babies” around in the golf cart. Frank loved his dogs and spoiled them in a good way. His dogs over the years included, Juno, Annie, Sadie Mae, and Peaches, and they all exercised with him. The family would like to thank 1st Choice Home Care and all the wonderful caregivers. Eureka Thornton was with him from the very beginning of his journey to the end. Thank You! Frank was preceded in death by his parents, Frank and Esther Poole and his sister, Beth Garrett. Frank and Janet were members of Westminster Presbyterian Church in Greensboro where they served on various committees throughout the church. Left to honor and cherish his memory is his wife of 34 years Janet, and Peaches their fur baby, Janet’s brother Ray Hicks and wife June of Eden, his brother-in-law Skip Garrett of Asheville, his nephew Chris, niece Rebecca Nelson (Mike), and her daughter Ellie Hodgdon. To remember and honor Frank listen to three of his favorite songs: “Come To Jesus,” “Love Train,” and “What A Wonderful World.” Frank’s family has chosen to celebrate his life with a private service. Memorial contributions in Frank’s honor may be made to Westminster Presbyterian Church, 3906 W. Friendly Ave, Greensboro, NC 27410 or to a charity of the donor’s choice.

Greensboro&#8212;Frank Redford Poole III passed away at his home on Monday, May 16, 2022, four days after his 75th birthday. Born May 15, 1947, Frank was the loving son of Frank Poole Jr. and Esther Doggette Poole. He loved and talked about... View Obituary & Service Information

The family of Frank Redford Poole created this Life Tributes page to make it easy to share your memories.

Greensboro—Frank Redford Poole III passed away at his home on...

Send flowers to the Poole family.