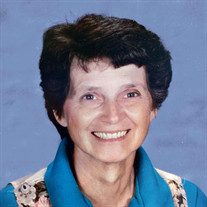 Emilie Hiestand Fanning, 80, of Greensboro, NC passed away on October 17, 2021 with family and friends by her side. Emilie was born in Hillsboro, Ohio, June 29, 1941 to Frank and Vivian Hiestand. After graduating from Hillsboro High School, Emilie attended the University of New Mexico where she obtained her Bachelor’s in Economics. It was there she met her husband Mark, and they married August 16, 1962. Emilie was a loving wife and mother, and devoted her life to her children, grandchildren, and great grandchildren, and a true and loyal friend. She had an adventurous soul, passion for life, and so much love for her family and friends. The other loves in her life were painting and Tai Chi. Her passion for Tai Chi inspired her to become a certified Tai Chi instructor. She would do Tai Chi anywhere—at the park, at the beach, and even on the side of the road during a traffic jam. Her love of Tai Chi even took her to China where she and her friends did Tai Chi on the Great Wall of China. She never let a birthday go by without calling and singing her own, one-of-a-kind- rendition of Happy Birthday. She had a stack of cards for every occasion, and always made sure to send a thank you note for every gift and kind word she received. No matter where she was, Emilie was prepared. If someone needed a snack, she had some in her purse. If you needed money, she had some in her sock! And mints—she had mints everywhere should anyone ever need one. Emilie was preceded in death by her parents Frank and Vivian Hiestand; brother Frank Hiestand, Jr., and sister, Susannah Ford. Emilie is survived by her husband, John Mark Fanning; son, Michael Fanning (Carie); daughter, Mary Jane Foster; grandchildren, Emilie McGehee (Josh), Brianne Fanning, Stephanie Fanning Orezzoli (Renzo Orezzoli) and Katherine Fanning, and her three great-grandchildren, Spencer Jackson McGehee, Palmer Fanning McGehee, and Wyatt Michael Gibson. A memorial service will be held in her honor at St. Paul the Apostle Catholic Church on Friday, October 22 at 11:00 a.m. with entombment to follow onsite, St. Paul the Apostle Catholic Church, 2715 Horse Pen Creek Rd., Greensboro, NC 27410. Reception details will be provided at the memorial service. In lieu of flowers, please send donations to our hospice providers at AuthoraCare Collective at 2500 Summit Avenue, Greensboro, NC 27405. Forbis & Dick Guilford Chapel is serving the Fanning family and online condolences may be offered at www.forbisanddick.com.

Emilie Hiestand Fanning, 80, of Greensboro, NC passed away on October 17, 2021 with family and friends by her side. Emilie was born in Hillsboro, Ohio, June 29, 1941 to Frank and Vivian Hiestand. After graduating from Hillsboro High School,... View Obituary & Service Information

The family of Emilie Hiestand Fanning created this Life Tributes page to make it easy to share your memories.

Emilie Hiestand Fanning, 80, of Greensboro, NC passed away on...

Send flowers to the Fanning family.