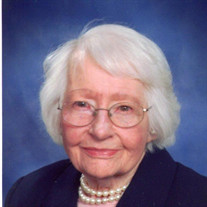 Edith Ellene Coore Edmonds, a descendant of Scottish immigrants who settled in North Carolina in the Colonial Era, was born March 31,1924, in Lakeview, NC, to Frances Blue and Thomas Jefferson Coore. She graduated from Vass-Lakeview High School in 1941 and James Walker Memorial Hospital School of Nursing in Wilmington in 1945. Edith followed her sister, Marjorie, into nursing and was head nurse of the Pediatrics Department at James Walker until 1950. In 1949, Edith married Marion M. Edmonds in Wilmington. They moved to Greensboro in 1950, where he and his brother, George, opened Edmonds Drug Store at Summit Shopping Center and later other drug stores. After retiring from the Air Force, their brother Jim joined the company. Edith was a member of the Hope Sunday School Class at First Baptist Church of Greensboro and the Women’s Missionary Union (WMU). She worked with youth in Sunbeams and Girls’ Auxiliary (GAs). Edith was a member of the Sun and Shade Garden Club, the Gate City Service League, and other service organizations. She delivered Mobile Meals for over 20 years. Edith was preceded in death by her husband, Marion, in 2004; her parents; her brothers, Frank, John, William, and Henry Coore; and her sisters, Marjorie Beane, Hazel Hubbard, and Frances Taylor. She is survived by her children, Marion M., Jr. (Mary), Sara E. Green (Bruce), Alan Blue (Ellen); 9 grandchildren, Emily, Jessica, Michael, Marion “Chip”, Adrianne (Toby), Duncan, Molly (Ian), Cameron (Matt), Alex; and five great-grandchildren, Sam, Finley, Theodore, Forbes, and Myers. The funeral will be held in the Chapel of the First Baptist Church of Greensboro on Wednesday, July 14, at 2:00 PM, with burial to follow at Forest Lawn Cemetery. Masking is suggested. In lieu of flowers, please donate to First Baptist Church of Greensboro or the Autism Society of NC. Forbis & Dick North Elm Street Funeral Home is serving the Edmonds Family.

The family of Edith Edmonds created this Life Tributes page to make it easy to share your memories.

Send flowers to the Edmonds family.