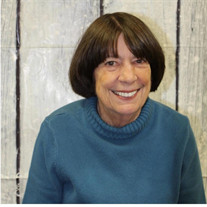 Diane Paige of Oak Ridge, NC died on April 4, 2022. She was born in Bethlehem, Pennsylvania on February 21, 1944, the daughter of William P Hitchcock and Harriet L. Weikel Hitchcock. Diane spent part of her childhood in Fair Haven, New Jersey, but attended her last three years of high school at the National Cathedral School in Washington, DC when her family moved to the Washington, DC area. She graduated from the National Cathedral School in 1962. Perhaps, her greatest memory in high school was singing Soprano in the National Cathedral School’s 60th Anniversary Celebration held in the National Cathedral. Diane graduated from Syracuse University in New York with a BA in International Relations. She attended Augustana College in Rock Island, IL for graduate studies. Diane began working at International Business Machines Corporation (IBM) in 1973. Diane worked for IBM for her entire career until retirement. She enjoyed her work at IBM and was recognized for her achievements including receiving the IMB Leadership Award. Diane and her late husband, Steve LeFevre moved from Murrells Inlet, SC to Oak Ridge, NC. They both handled horses. Professionally Diane was a member of the United States Dressage Federation, North Carolina Dressage and Combined Training Association. Diane owned and trained Hanoverian and Friesian horses. Diane volunteered with the Oak Ridge Easter Horse Show as an announcer, board treasurer, and worked in the ring for many years. Diane loved all animals. She was an active member of the local American Kennel Club, trained and showed Welsh Corgis in Agility competitions. Diane loved singing and music. She sang in many choirs and choral societies throughout her life. Diane even served as a volunteer General Manager of the Long Bay Symphony in Myrtle Beach, SC. Diane also enjoyed other interests and hobbies. She enjoyed traveling, kayaking, and the outdoors. She was an avid reader and knitter. Diane loved a party, spending time with friends, and hosted many a Superbowl party. Diane joined Oak Ridge Presbyterian Church in 2006 and served the church in numerous ways. She sang in the chancel choir and praise team. She was member of the Women of Wisdom (WOW) Bible study. Diane began a knitting group at the church, affectionately known as Knits Wits, who knit prayer blankets. Diane served as deacon, elder, and clerk of the Session for several years. She was eager to help others. Diane was preceded in death by a late brother, John Hart Hitchcock. She is survived by a sister, Deborah H Stark, nephew, John Stark and wife Corrine, and niece, Elizabeth Stark and husband John. In lieu of flowers contributions may be made to Horsepower Therapeutic Learning Center, 4537 Walpole Rd, Highpoint, NC 27265, or Red Dog Farm Animal Rescue Network, 8653 NC-65, Stokesdale, NC, 27357. Memorial Service on Friday, April 8 at 2:00 pm at Oak Ridge Presbyterian Church with a reception following. An interment will take place at Nisky Hill Cemetery in Bethlehem, PA.

The family of Diane Paige created this Life Tributes page to make it easy to share your memories.

Send flowers to the Paige family.