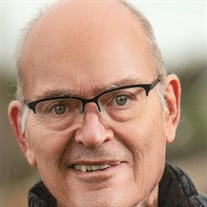 Darryl Dean Bauman, 82, of Greensboro, NC, passed away on December 30, 2021, at his Greensboro home. A memorial mass will be held at 1:30 PM on Saturday, January 8, 2022 at St. Mary’s Catholic Church in Greensboro, NC. Darryl was born January 7,1939 in Goodland, KS to Leonard H. and Margaret (Cotter) Bauman. Darryl received his early education in Goodland, KS and then attended Goodland High School where he played football. He continued his education at Kansas State University and graduated from Fort Hayes State University, in 1961 with a bachelor’s degree in agriculture. He was a member of the Alpha Tau Omega Fraternity. After college he joined the United States Army and was stationed in Germany. Darryl received special training in management from Harvard University. He worked for the United States Department of Labor in Dodge City, KS, Kansas City, MO and Washington, D.C where he retired in 2004. Darryl was an active member at Saint Mary’s Catholic Church in Greensboro, NC where he was a dedicated Fourth Degree Knight in the Knights of Columbus. The Fourth Degree is the highest and most prestigious degree within the Knights of Columbus and awarded to Sir Knights who are dedicated to the service of their Church, country, and Order. Darryl enjoyed serving as an altar boy at Our Lady of Perpetual Help Catholic Church in Goodland, KS as a child. He enjoyed watching football, activities with his children, refereeing youth soccer games, and doing crossword puzzles. He enjoyed spending time with his beloved granddogs, Teddy, and Shadow. Darryl was preceded in death by his parents Leonard and Margaret, and twin brother Jerryl E. Bauman He is survived by his wife, Gloria D. Bauman of the home; sister, Becky and husband Les Sheldon of Greely, CO; children, Christie D. Pearson of Durham, NC, Douglas D. Bauman of Topeka, KS, and Jessica B. and husband Gary Hilliard of Greensboro, NC, and dear cousin Jerry and wife Reva Bauman of Goodland, KS, and a host of other family and friends. An interment service will be held on Saturday April 2, 2022. Location: Goodland Cemetery, 434 North Main Avenue, Goodland, Kansas 67735. In lieu of flowers, donations may be made to St. Mary’s Catholic Church – Fund for the Needy. For a live stream link for the service on Saturday, January 8th, 2022 go to https://youtu.be/2v832JNnsA4

The family of Darryl D. Bauman created this Life Tributes page to make it easy to share your memories.

Darryl Dean Bauman, 82, of Greensboro, NC, passed away on December...

Send flowers to the Bauman family.