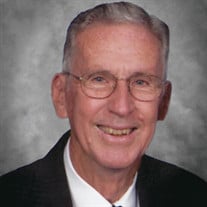 Mr. Curtis Glenn Clapp, age 93, of McLeansville went home to be with the Lord on Wednesday, June 23, 2021 at Alamance Regional Medical Center in Burlington. A celebration of his life will be held at 1:00 P.M. on Friday July 2, 2021 at Mount Pleasant United Methodist Church with interment to follow in the church cemetery. Curtis was born in Guilford County on September 7, 1927 and graduated from Bessemer High School. He then began work at Odell Hardware Company in Greensboro where his brother Richard Clapp was also employed. He was drafted into the United States Army at the end of World War II and served his country for a period of one year. He then returned to McLeansville where he worked with his father at the A.C. Clapp and Son Grocery Store until recalled for another year of service in the United States Army during the Korean War, rising to the rank of technical sergeant. Curtis married Margaret “Peggy” Clapp on December 12, 1954, whom he remained loyally married to until her death on September 22, 2010. Curtis and Peggy then established Clapp Hardware where he realized his long-time dream of owning and running a hardware store. Following that he began a career as a rural mail carrier, serving the citizens of McLeansville for a period of thirty-nine years. In retirement Curtis enjoyed growing vegetables and sharing those efforts with the McLeansville community. He also loved the outdoors, hunting and fishing in the McLeansville area as well as in Hyde County, North Carolina for many years. He was a long-time member of Mount Pleasant United Methodist Church and served his community as a founding member of the McLeansville Fire Department where he served in positions from firefighter to assistant chief and as a member of the board of directors, retiring after over thirty years of service. Curtis was predeceased by his wife, Margaret “Peggy” Clapp, his parents Archie Chalmer “A.C.” Clapp and Ruth Buchanan Clapp; and his brother Chalmer Richard Clapp. He is survived by his sons Glenn Clapp (wife Gina and infant son Thomas Edward) of Holly Springs, NC and Grant Clapp of McLeansville; and many relatives and friends. The family will receive friends from 6:00 P.M. to 8:00 P.M. on Thursday July 1, 2021 at Mount Pleasant United Methodist Church. Memorials may be sent to Mount Pleasant United Methodist Church, 5120 Burlington Road, Greensboro, NC 27405 or to the McLeansville Fire Department, 5326 Frieden Church Road, McLeansville, NC 27301. Forbis and Dick North Elm Street Chapel is honored to serve the Clapp Family.

Mr. Curtis Glenn Clapp, age 93, of McLeansville went home to be with the Lord on Wednesday, June 23, 2021 at Alamance Regional Medical Center in Burlington. A celebration of his life will be held at 1:00 P.M. on Friday July 2, 2021 at Mount... View Obituary & Service Information

The family of Curtis Clapp created this Life Tributes page to make it easy to share your memories.