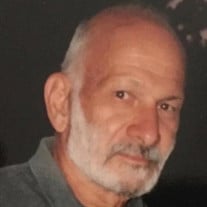 Charles H. Kahn, FAIA, the first Dean of the University of Kansas School of Architecture & Urban Design, and one of the original architects and engineers for NC State&#8217;s Carter-Finley football stadium, passed away at the age of 95 on April... View Obituary & Service Information

The family of Charles H. Kahn created this Life Tributes page to make it easy to share your memories.

Charles H. Kahn, FAIA, the first Dean of the University of Kansas...

Send flowers to the Kahn family.