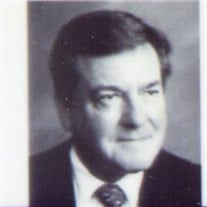 Charles George Gegick., M.D., F.A.C.P. passed away Sunday, November 28, 2021 at his home in Greensboro, NC after a long illness. A graveside service will be held at 11:00 AM, Thursday, December 2, 2021 at Westminster Gardens Cemetery, 3601 Whitehurst Rd., Greensboro, NC 27410. He was born in Pittsburgh, Pennsylvania in 1943. He was preceded in death by his parents, Charles and Mary. He is survived by his wife, Sharon Frances Gegick; children, Rebecca Ann Howard JD (Chris) of Jacksonville, FL, Michael C. Gegick Ph.D. of Laurel, MD, and Stephen John Gegick MD (Melissa) of Virginia Beach, VA; grandchildren, Ashley Rose Howard, Reed Howard, Ava Grace Gegick, and Wyatt Gegick; a brother, Jonathan Gegick (Ellen) of Shallotte, NC, and two sisters, Mary Theresa Fallkenham (Claude) and Deborah Sartore (Donald) both of Pittsburg, PA. He graduated from Washington and Jefferson College in Washington, Pennsylvania and received his medical degree from Loyola University in Chicago in 1969. This was followed by an internship at Conemaugh Valley Memorial Hospital (Johnstown, PA), a residency in Internal Medicine at Mercy Hospital (Pittsburgh), and a fellowship in Endocrinology under the training of Dr. T.S. Danowski. After his medical training he fulfilled his military obligation under the Berry-plan at Fort Bragg where he held the rank of Major. Following his service in the military, he decided that the South would be his home and moved to Greensboro, NC. He began his Endocrine practice in 1974 and retired in 2014. Among his accomplishments, he was a member of the Board of Trustees of Humana Hospital and was Chief of Medicine from 1977 - 1983. He was elected to Fellow of the College of Physicians in 1977 and was appointed Clinical Associate Professor at the University of North Carolina Chapel Hill 1977-2006. He was a member of the Board of Directors of Piedmont Physicians Network (1996-2000) and President of Professional Medical Center, LLC (1999-2014). He enjoyed meeting with his friends at GAS (Greensboro Aesculapian Society). He was active clinically and published 14 papers. He wrote Diabetes Mellitus a Patient's Guide to self-treatment of Diabetes in 1985 and in 1994, co-authored Greensboro Diabetes Self-Care Center Manual. In lieu of flowers, the family requests those who wish to express sympathy to consider making a donation to their favorite charity in Dr. Charles Gegick’s name. Forbis and Dick Guilford Chapel is serving the family and online condolences may be offered at www.forbisanddick.com.

Charles George Gegick., M.D., F.A.C.P. passed away Sunday, November 28, 2021 at his home in Greensboro, NC after a long illness. A graveside service will be held at 11:00 AM, Thursday, December 2, 2021 at Westminster Gardens Cemetery, 3601 Whitehurst... View Obituary & Service Information

The family of Charles G. Gegick created this Life Tributes page to make it easy to share your memories.

Send flowers to the Gegick family.