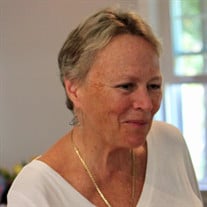 Billie Lynn (Daniels) Bean was born July 24, 1944 to Francis Hackett (Billie) Daniels and Linton E. Daniels in Muskogee, OK. Her mother and father, brother Lance Ridgeway Daniels, and sister Peggy Cullens Daniels precede her in death. She is survived by her brother, Linton E. (Dan) Daniels, Jr. (Kitty), nephew Matthew C. (Cliff) Daniels (Meranda), niece Sarah Cullens Little (James), three great nephews and one great niece. Billie graduated from Lumberton High School in 1962. In 1966, she graduated from Virginia Commonwealth University as a Registered Nurse. On October 4, 1969, she married John William Bean. During her time in Pennsylvania, she earned a Master’s Degree and also taught selected courses at a technical school near DuBois. Her union with John Bean dissolved in 1977. When Billie came to North Carolina, she worked in Durham, and then operated her own clinic in Ellerbe. She eventually settled in Greensboro and honed her career as a family Nurse Practitioner, finishing at LeBauer Healthcare of Stoney Creek in Whitsett, before retiring in 2008. Billie touched many lives in a life accentuated with a variety of interests. Her energy and insight ranged from her role as a Master Gardener volunteer, to her talents as a seamstress, to an active participant supporting efforts including knitting scarves for the homeless and organizations addressing animal welfare. Billie’s skills as a leader were honed over 24 years as a Dame, serving as a Marshall in the Sovereign Military Order of the Temple of Jerusalem (SMOTJ), aka Knights Templar. Proud of her Scottish heritage, she rose and was elected to leadership in various Highland Games. Billie was always ready to become a fast and loyal friend and contributor. In lieu of flowers, it has been suggested that Billie’s wish is for people to contribute to the SMOTJ Charitable Fund, c/o General Raymond G. Davis Templar Foundation, PO Box 3161, Virginia Beach, VA 23454. A celebration of life will be held on Monday, August 9th, at 11:00 a.m. at Heidelberg United Church of Christ, 118 Salem Street, Thomasville, NC (ample parking behind the church). Additionally, there will be a simple graveside service on Tuesday, August 10, at 1:00, at Meadowbrook Cemetery, Lumberton, NC. The service may also be found through a live stream on Facebook under ‘”Steve Monroe”.

The family of Billie Lynn Bean created this Life Tributes page to make it easy to share your memories.

Send flowers to the Bean family.