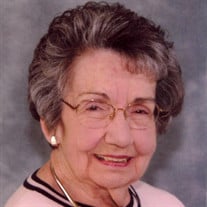 A time to be born- May 8, 1931. A time to die- December 23, 2021. Death leaves a heartache no one can heal. Love leaves a memory no one can steal. It is with great sadness that we announce the passing of our mother. Anne Underwood Gordon Smith, 90 of Browns Summit passed away in Burlington, NC on Thursday. A memorial service will be held at 1:00 p.m. on Tuesday, December 28, 2021 at Lee’s Chapel United Methodist Church. A private interment will be held that morning at Lakeview Memorial Park Cemetery. Anne was born in her parents’ home in Browns Summit, NC on May 8, 1931. She was the daughter of the late John U. & Myrtle Seawell Underwood. She was a lifelong resident of Browns Summit and was a 1949 graduate of Rankin High School and was a lifelong member of Lee’s Chapel United Methodist Church. She loved her children and grandchildren and was known as Mom and Nanna, to friends she was called Anne and respectfully referred to by others as Mrs. Gordon. She retired with 30 years of service as the Postmaster of the Browns Summit Post Office. She was one of the last Postmasters to be appointed by President John F. Kennedy in 1962 when Postmaster appointments were still part of the president’s duties. She lobbied and requested diligently to the postal service for a new modern post office for Browns Summit. That became a reality for her community just before her retirement in 1992. Her 4 greatest loves were, her family, her church, her job and the community she served. She is preceded in death by her husbands, Dewey Harold Gordon who passed in 1974 and Joseph Gregory Smith who passed in 2001. She is survived by her daughters; Linda Gordon of Browns Summit, Joyce Pepper (Roy) of Browns Summit and a stepdaughter; Louise Vaughn of McLeansville, granddaughter; Leslie Pepper (Kasey) and step grandchildren, Julia & Greg Vaughn. The family will receive friends following the memorial service at the church. In lieu of flowers, memorial contributions can me made to: Lee’s Chapel United Methodist Church, 2303 Lee’s Chapel Rd. Greensboro, NC 27405 or the Alzheimer’s Association, Western Carolina Chapter, 4615 Dundas Drive, Greensboro, NC 27407. Forbis and Dick North Elm Street Funeral Home is serving the Smith family.

A time to be born- May 8, 1931. A time to die- December 23, 2021. Death leaves a heartache no one can heal. Love leaves a memory no one can steal. It is with great sadness that we announce the passing of our mother. Anne Underwood Gordon Smith,... View Obituary & Service Information

The family of Anne Gordon Smith created this Life Tributes page to make it easy to share your memories.